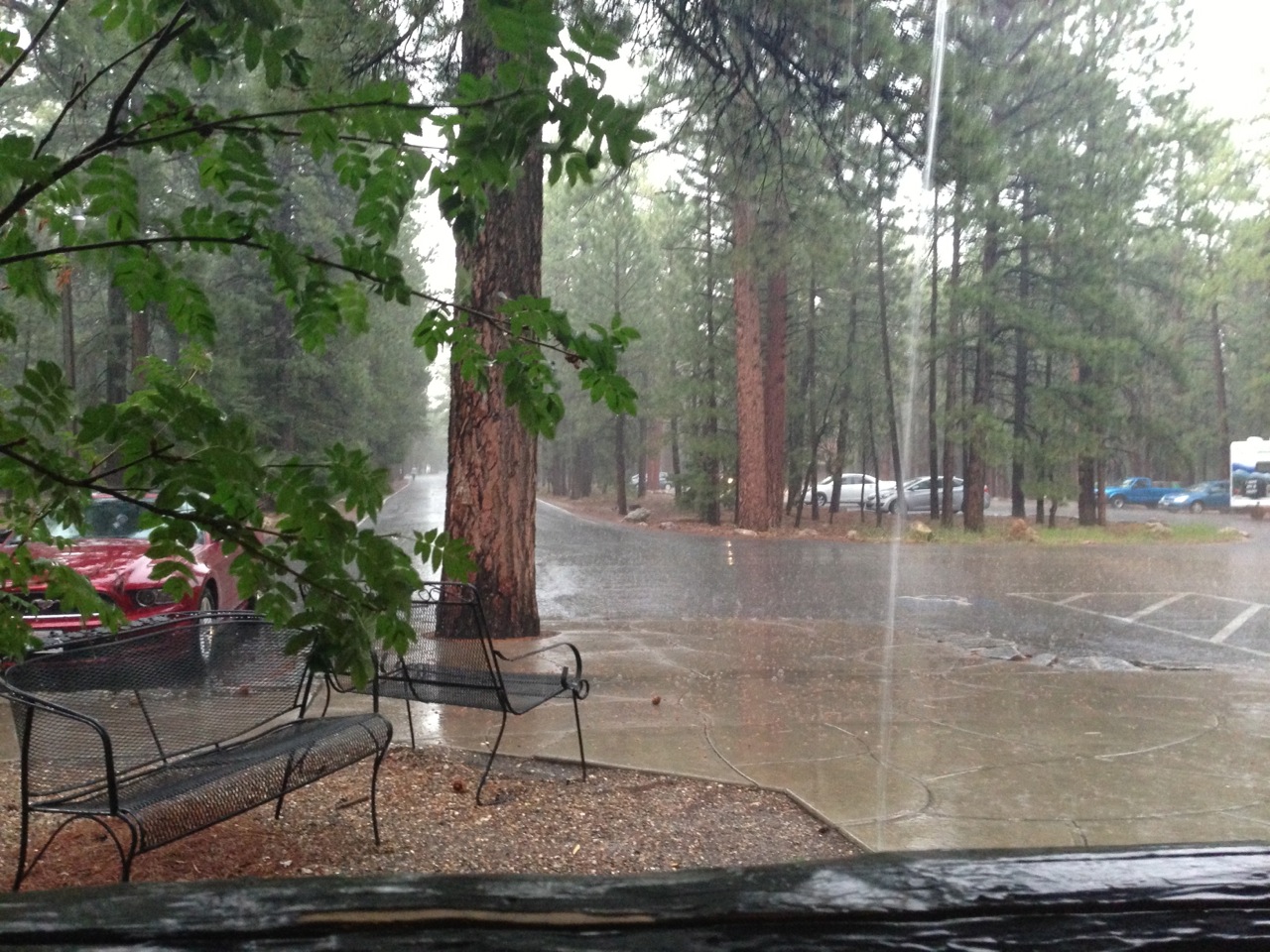 Well I have arrived at my cabin at the Grand Canyon Lodge (North Rim).  I had a great trip to Zion National Park (Utah) on the way here, and took some wonderful photos that I would love to post right now - except I can’t.

There is no mobile phone signal down here (of course), and the free Wifi is pretty bad, probably because everyone is currently in the General Store on account of the monsoon outside.  It’s directly overhead, with some very impressive thunder.  I have spent most of the day—driving hundreds of miles, being overtaken by enormous pickups, and not having finished a single meal yet—reflecting that things are much bigger in America.. apparently the same is true of the weather!!

So I’m sitting on the (covered) balcony, sipping a disgusting coffee (I haven’t had a good coffee yet, but then I was expecting that until I get to Seattle!!) and having just eaten my first pretzel, which is quite possibly the saltiest thing ever, except perhaps for actual salt.  The pretzel was delicious though, once I had shaken off most of the salt!

Anyway, I nearly decided to stay in Zion National Park instead of driving three and a half hours South - except I had passed the cancellation window for the cabin here, and it was quite expensive!  Thankfully the forecast is for sun in the morning (the rain comes in the late afternoon apparently) so I should be able to walk out to the Canyon viewing point first thing, before heading back North to Bryce Canyon (Utah).  I am very much looking forward to that, I’ve had so many recommendations to visit Bryce, it had better be good!

I think the weather up there is more normal than it currenly is down here.. nice to be cool though, I’m actually wearing trousers and a jumper!!  No A/C in the cabin, so this rain is a blessing I think..