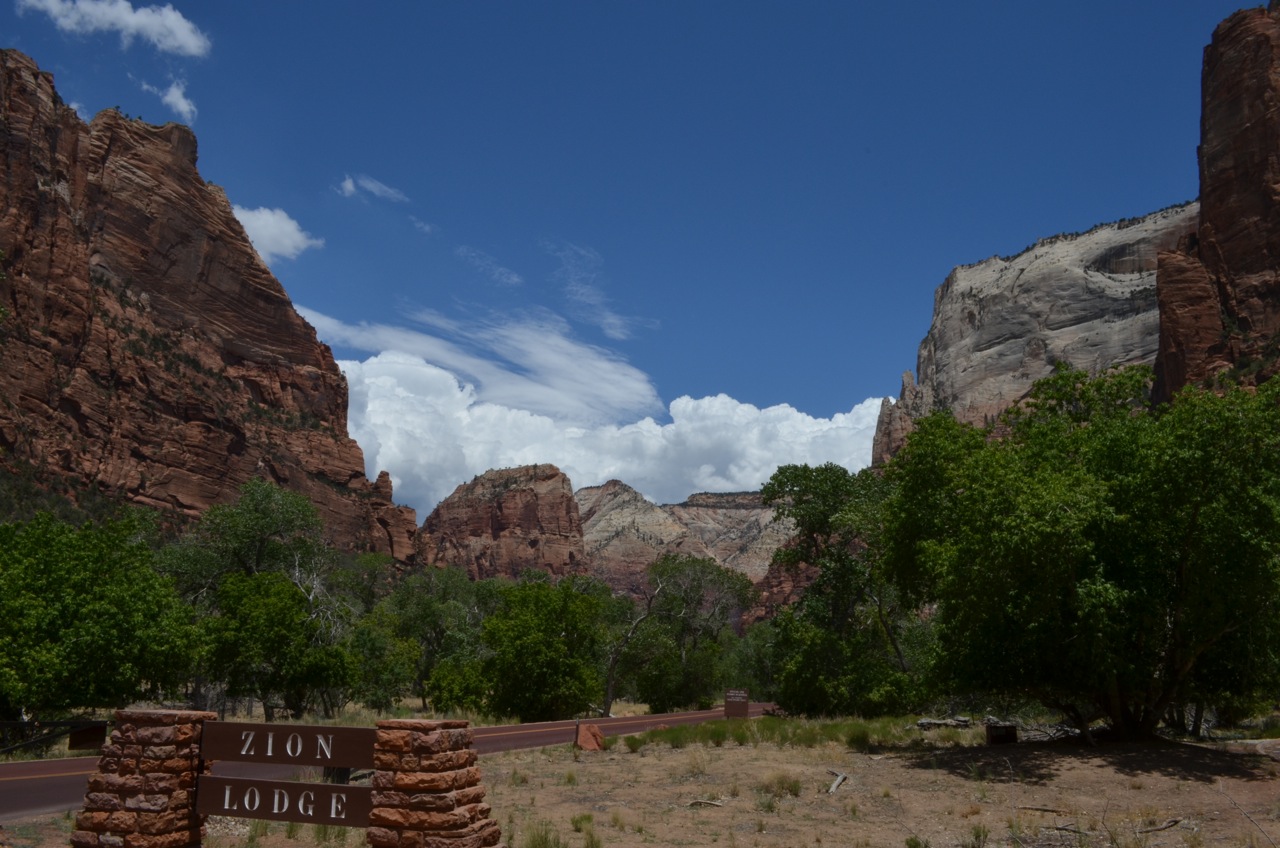 Zion National Park was only really a stop-off point on my way from St George to the Grand Canyon North Rim.  However, I wish I had booked myself in to stay there instead of in St George—it was only an hour’s drive further on, and would have given me a lot more time to explore a beautiful and striking park.

Here are a few pictures from my journey to Zion from St George:

I parked up in Springdale, the town just before the South entrance to the Park, and had a very nice steak sandwich (which I nearly finished), before catching the free shuttle to the entrance.  From there you have to cross the park boundary on foot—so they can charge you—and then I used the other free shuttle into Zion Canyon itself.

This was a great way to see the South part of the park without staying for the whole day—the shuttle uses the road that used to be a scenic drive for anyone to use, but overuse and erosion mean only the shuttles and park rangers are allowed up there these days.

At the end of the shuttle journey, I took the short hike to the part called ‘The Narrows’ which is the start of a seriously difficult hike that we heard so many warnings about on the shuttle, I’m surprised they left it open!!  They’ve had fatalities on it, because of the incline and sheer drops either side.. I decided to decline that particular walk.

Here are some pics from the shuttle ride and the riverside hike:

From Zion, it was on to the Grand Canyon North Rim..