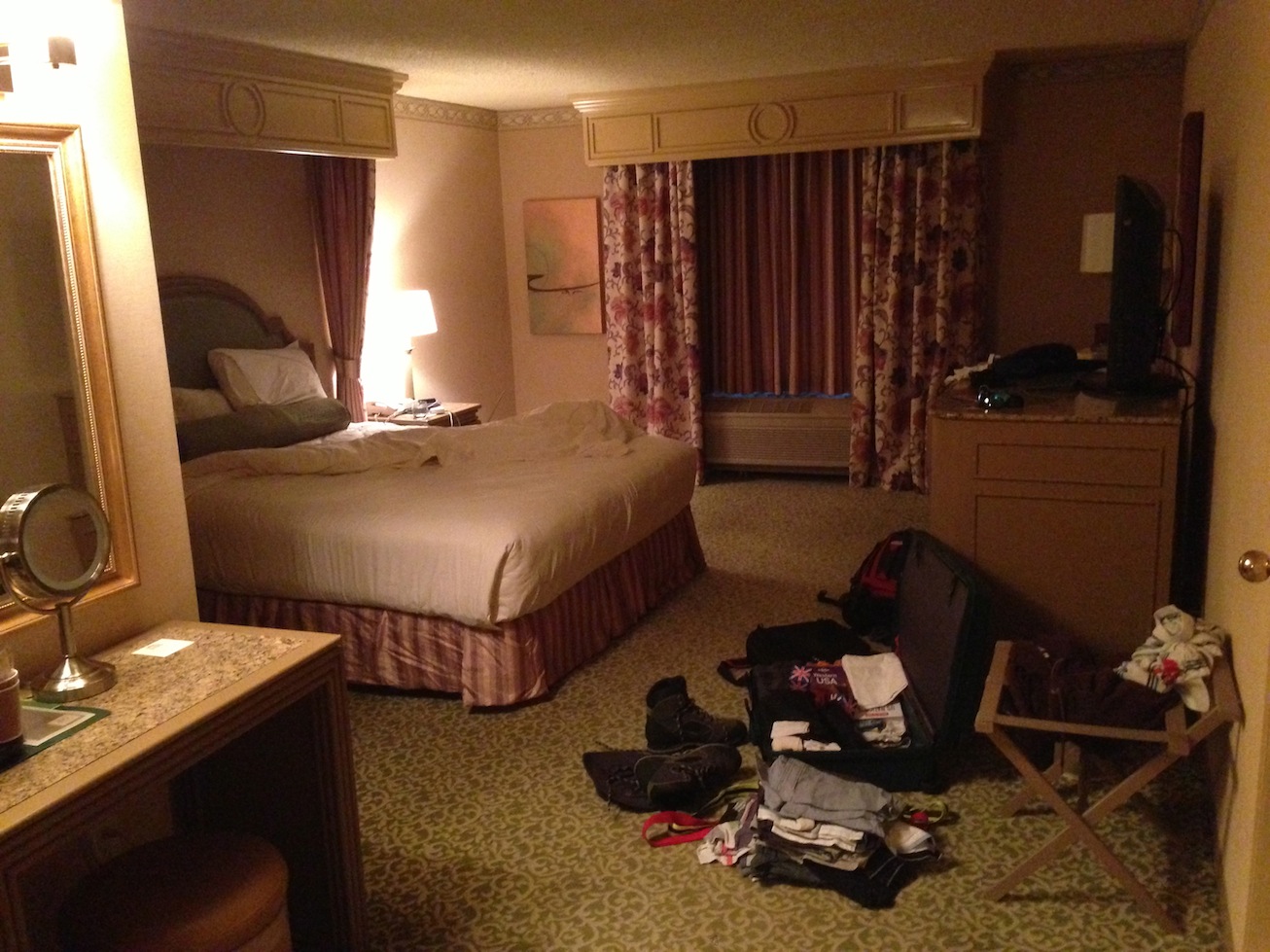 Today was one of the longest and most full-on days of my life!  I got up at 4am BST, having hardly slept due to a) extreme heat and stuffiness in the room, b) noisy neighbours, but mostly c) excitement.

I then decided I didn’t want to pay for a taxi, so walked to Heathrow, and got lost in the road system, because pedestrians aren’t allowed through one of the tunnels—which is the one to Terminals 1, 2 and 3!  Eventually I found a bus to take me to the central bus station, after dropping my iPhone (because my hand was shaking so much) while checking a map, and badly cracking the screen.

The checkin and flight to Frankfurt went without a hitch, and it was a very pleasant flight.  I just about managed to ignore the guys behind me comparing conquests and how ‘hot’ their respective partners were.  The landing was the best landing I’ve ever expereienced: I could barely tell when we actually touched down!

The flight from Frankfurt to Las Vegas was a different story, however.  My knees were literally jammed in, they only gave us four cups of drink (on a 12-hour flight!), and the entertainment was a joke, so I couldn’t even pick a movie to watch to take my mind of my slowly-numbing legs!  I had good company though, which helped—although some sleep would have been welcome as well.

Eventually we got off the wretched plane, and I made my way to the car rental terminal (yes, they have a dedicated building just for car rentals!).  At first it didn’t look like they had any Mustangs.. but they did.. so now I have one, and I’ll post some pictures at the weekend once it is in a location more suitable for photos than a multi-storey in downtown Las Vegas.

The hotel is very Las Vegas—everything is gold, marble and dark wood, with lights everywhere.  It was all a little overwhemling when a dishevelled and exhausted traveller from Britain arrived.  I had to ask for directions to the front desk to check in!!

The room is actually enormous, and beautifully air conditioned (of course) which helps, as my car informed me it is 97 degrees outside right now.  I think that’s high 30s in a proper temperature scale.  I am now going to find some food, take some sleeping tablets, and then (hopefully) sleep for England.

It begins.. sort of! (older)
(newer) Around Vegas on a Bus