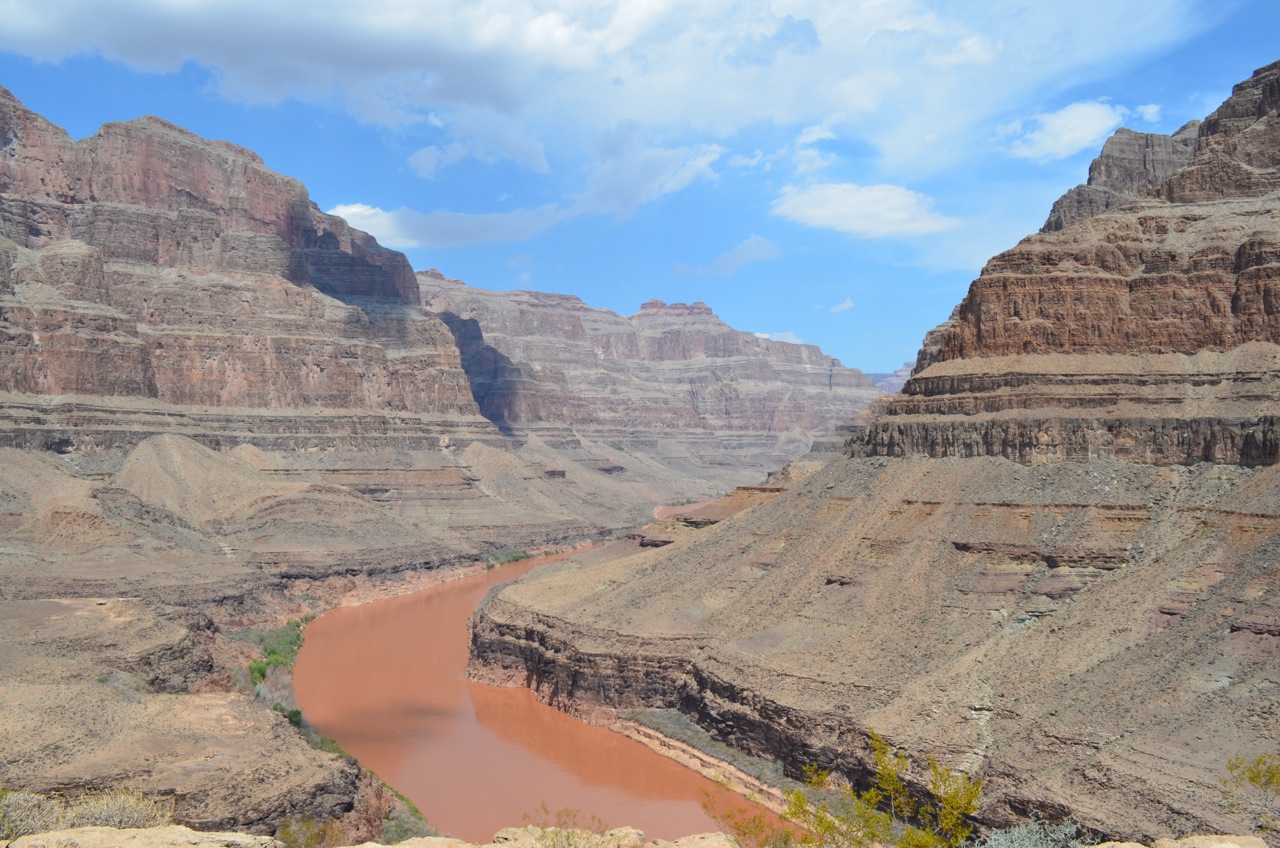 This morning’s helicopter flight into the Grand Canyon was without doubt one of the best and most breathtaking experiences of my life.

I was collected from my hotel after checking out, by a stretch limo (all part of the experience), which then picked up various other people from their hotels, before taking us all to the Sundance Helicopter HQ at one end of the main airport.

We were all weighed (so the helicopter could be balanced correctly), put through the obligatory safety briefing (twice), and then were finally allowed in.  I had never been in a helicopter before, so I was doubly excited!  The pilot was excellent; our only concern was the extremely hungover gentleman who turned 40 yesterday.

Here are some of my pictures from the flight towards the Canyon.  As you can see, the journey took us over and around the magnificent Hoover Dam (which apparently contains enough concrete to build a two-lane highway from San Francisco to New York):

Sundance Helicopters, unlike any other tour operator (apparently) has permission to land inside the Canyon from the Native American tribe that owns the section of the Canyon closest to Las Vegas.

So, in rather spectacular fashion (with the theme tune from Indiana Jones playing in our headphones) we were flown up and over the ridge, suddenly giving us a view of the Canyon with the river snaking its way through (see right).  Our pilot took us down below the rim, and we landed on the small plot of land allotted for the helicopter tours.

As you can see from the improved photos, I was able to get some shots not through the helicopter plexiglass!

Our pilot also managed to get what will be a rarity on this trip.. photographs of yours truly.  I am rather horrified by those white legs.  It’s what you get for not wearing shorts for two or three years, except to play squash.

If any of you are planning to go to Las Vegas, you simply must do a helicopter flight like this.  Being able to land inside the Canyon, have a nice lunch and glass of champagne (and ice cold water, it was pushing 40 after all), was absolutely brilliant.

All I can say is, Bryce Canyon, Yellowstone and Glacier National Parks all have a lot to live up to now..!