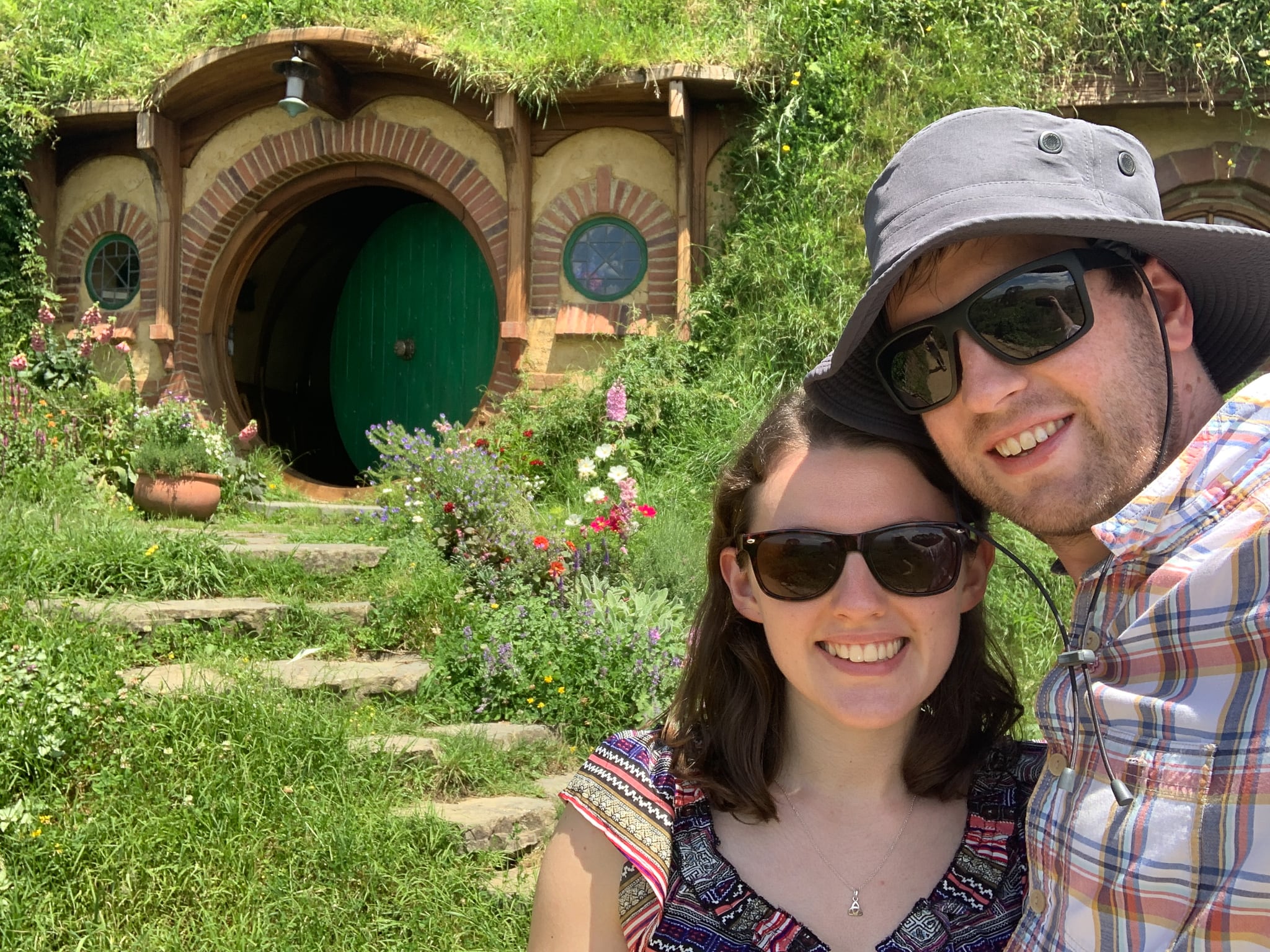 Where do I begin... the attention to detail is incredible, ridiculous even, because so many of the details never made it on screen.

But before we get there... on our way we stopped off at Matamata, which is the nearest town to the set, and 300 of whose residents were extras in the films. So now of course all the shops have Lord of the Rings themed sandwiches / pizzas / drinks. The best? Hobbit sushi, anyone? And, the tourist information office (i-site) has been completely transformed to look like a hobbit hole...

The original Hobbiton was constructed for The Lord of the Rings films in 1999, out of plywood and foam, because it had to be dismantled after filming ended. However, such was the global success of the movies, that when the farmers who owned the land were asked for permission to rebuilt the set for The Hobbit movies, they spotted an opportunity. Two years later, and the original set had been completely recreated, down to every last detail – only this time, out of permanent materials. For example, the tree on top of Bag End had died in the years after filming The Lord of the Rings, so (Sir) Peter Jackson decided to have a full replica tree made – including tens of thousands of fake leaves, painstakingly added to each branch to give the impression of a real tree.

Today, the site employs 300 staff during peak season, and tours run every 10-30 minutes, during daylight hours, all year round (except Christmas Day).

As you’ll see from the photos, we were there in perfect weather. It was baking hot, but the beautiful blue sky next to the deep greens of the natural landscape, and the perfectly seamless set, was breathtaking.

After walking around the set (and taking a significant number of photos), we all stopped off at the Green Dragon for a drink of our choosing. It was a really special morning, the time simply flew by.