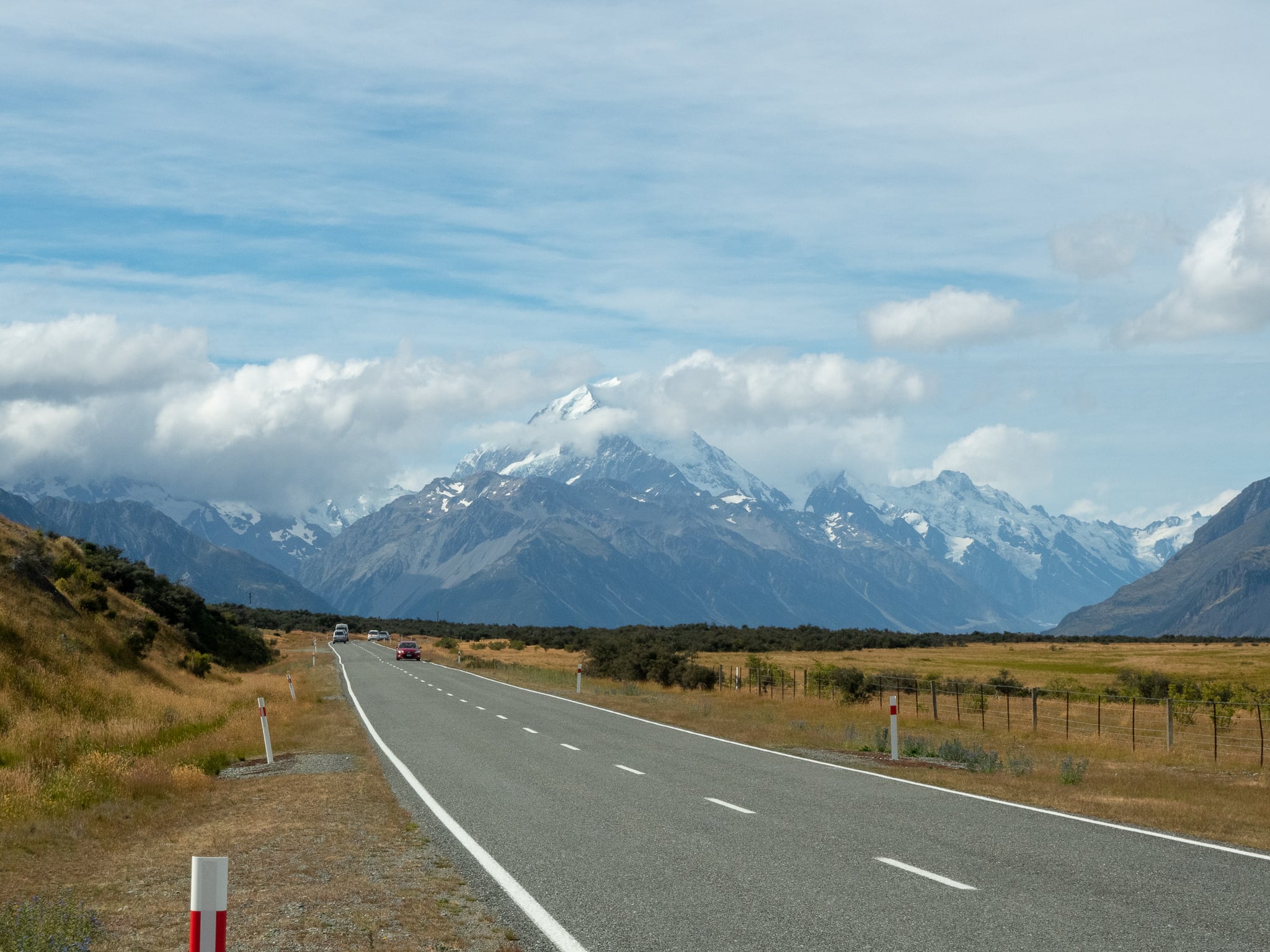 On the way to Lake Tekapo from the South, you pass by Lake Pukaki, which points directly at Mount Cook (the largest mountain in NZ, at 3764m high). The rule of thumb is, if you can see it, drive to it and walk near it, because it is usually covered in clouds!

As we could see it, though it was late in the day, we decided to drive up to it and do one of the shorter walks, to a viewing platform with views of the valley and the mountain.

It doesn’t quite show in these pictures but Lake Pukaki is the most incredible and bizarre colour – to be honest, it doesn’t look real!Â  (My hair looks like that because of the high winds – Jess’s hair is tied back!)

Apparently the blue colour of the lake – and glacier ice, and all the lakes and rivers we’ve seenÂ – is due to ‘glacier flour’, which is rock dust ground incredibly fine by the movement of glaciers.Â  It floats in the water, and causes the blue colour – sometimes so milky the water is called ‘glacier milk’.

However, as I was checking up on the walk, where it goes from etc, I also checked the weather because the van was being buffeted all over the place by the winds – and saw that it was 8-10 on the Beaufort scale, which is gale-force.  Given our experience at Milford Sound, we decided (with a very heavy heart, as this was our best chance of seeing Mount Cook) to stop and turn back.

So this is as close as we got to Mount Cook – you can just about see the peak through the clouds.  I’m gutted, but I think it’s the right decision.