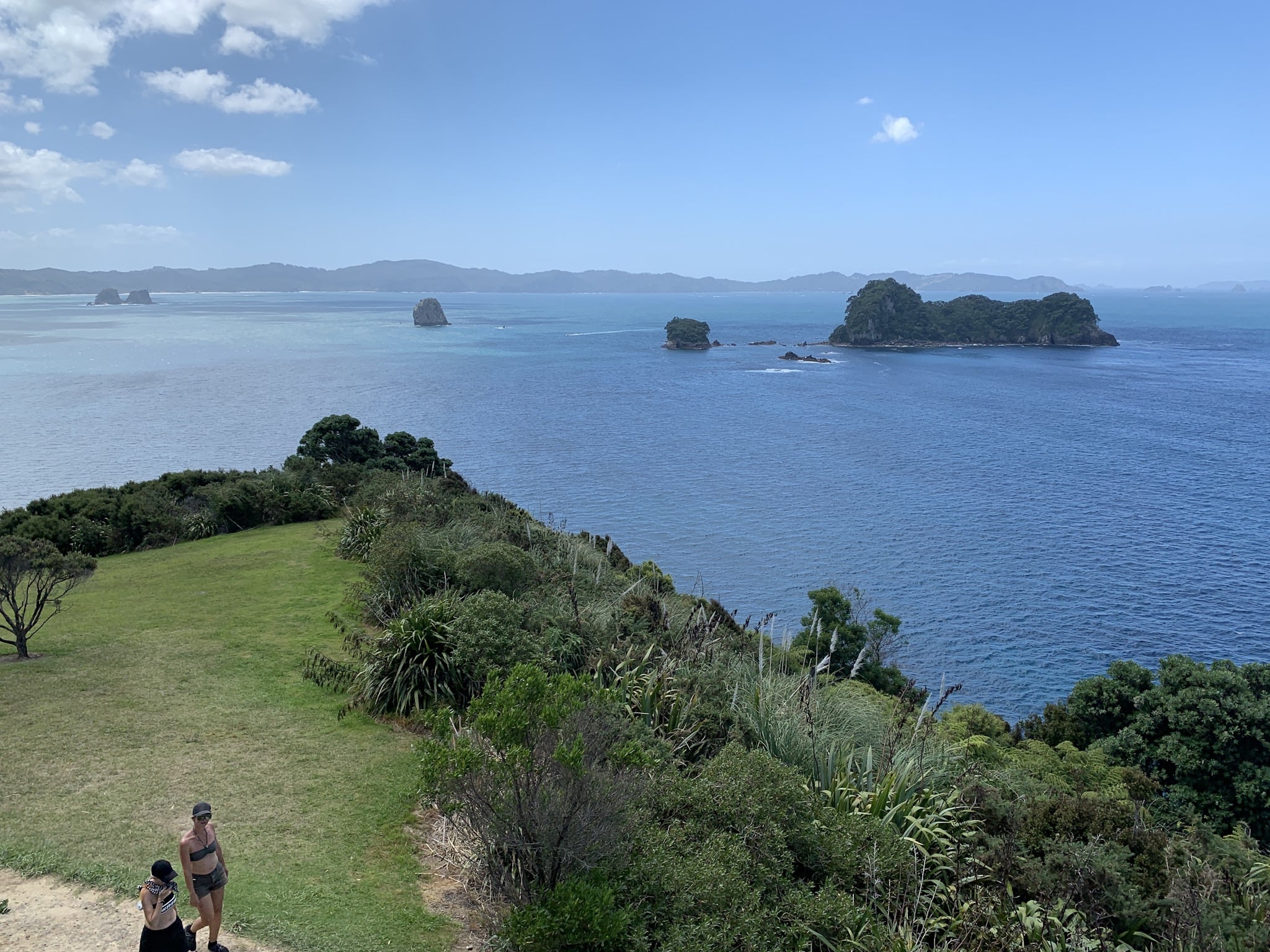 The Te Whanganui-A-Hei Marine Reserve is a few miles North of Hot Water Beach, so it was our next port of call. Jess was particularly excited, because Gemstone Bay is supposed to be one of the best places to go snorkelling on the peninsula.

We parked at Hahei - in the summer months parking at Cathedral Cove is suspended, so you have to get the park and ride from Hahei - or walk, and frankly it was far too hot to walk all that way!

Unfortunately Jess said the snorkelling was really disappointing - aside from the fact that she had to go alone because I can’t do it - the waves were crashing around, making the water so murky she couldn’t see anything anyway.

We carried on to Cathedral Cove, displaying a level of fitness that is rather worrying given the walk we’ll be doing in a few days’ time...

The coast is so beautiful, and the sea showed was some incredible colours of azure and turquoise - hard to catch with a camera.

Cathedral Cove is a huge rock formation that the sea has hollowed out to form a walkway between two beaches. When the tide is out, you can walk across sand - when the tide is in, you have to wade through.

As at Hot Water Beach, the sand was lovely, the sea a beautiful blue, the waves enormous, and the rip currents strong (at Hot Water Beach swimming is forbidden in certain parts due to the strength of the currents). Ben went in to the see up to his knees to cool off - even at that depth the currents were hard to resist - and a 2m wave managed to knock him off his feet, and then the rip current made him do an involuntary somersault underwater! Thankfully because he hadn’t gone too deep, he was able to stand up and wade back to shore... minus his sunglasses. Another holiday, another pair of sunglasses broken / lost!

The walk back to the bus was long and hot - but a good shower awaited at our holiday park, and our first night in the van!