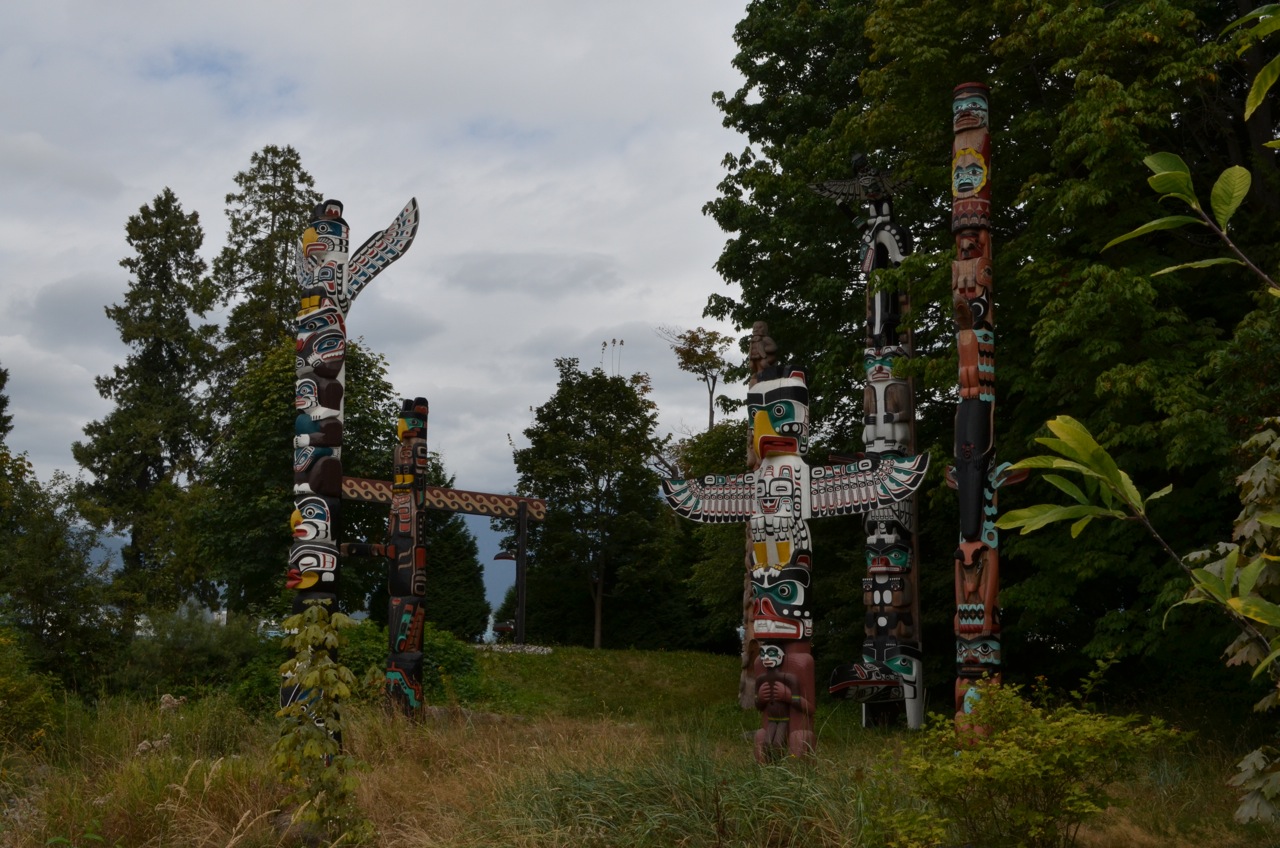 Yesterday (Sunday) was my last day in the USA, and it went off with quite a bang.  Annie and I left the church service early, so we could go to the Boeing Everett factory open day, at the invitation of one of her friends.  Tony met us in the car park, and then proceeded to blow our minds with an end-to-end tour of the worlds largest building (by volume).

In the main Everett building, Boeing makes 747, 767, 777 and 787 planes.  Yes, that’s right, inside one building they make four different kinds of aeroplane.  The doors alone are ginormous: several sports fields side by side.  We weren’t allowed to take any pictures, which was a shame, but I’m sure I’ll never forget what it’s like in there.  The machines they use to make the planes are so impressive, and seeing the inner workings of planes, the structure of wings beneath the panels, landing gear being fitted, jet engines with the side panels pulled away, and the cranes used to put everything in place.. I was (literally!) open-mouthed in amazement at what I was seeing.

Planes are assembled there in three parts: the nose and front section, tail and rear section, and the wings and middle section.  The wings are the most complicated bit (containing the fuel tank, landing gear, flaps, engines etc), so the workforce is split in two: wings, and not-wings.  Once the three parts are ready, they are (simply) slotted into place using enormous jacks, cranes, and other huge structures.

I could go on—we were in there for three hours—but I’m sure it would bore most of you.  It really was a once-in-a-lifetime experience, and I was very fortunate that a) the open day was held while I was in the country, and b) Annie knows someone who works there, who invited us along.  This was the first open day for five years; that gives you an idea of how lucky I was to be able to visit!

Straight from there, Annie and I picked up Stephanie, and the three of us headed North to Vancouver.  The border was straightforward, once we had got through the long queue.  The drive into downtown Vancouver was very special, as by the time we got there, the sun was setting, throwing a soft golden light on the skyscrapers, directly in front of us.

And the view from my room.. well..

After dinner, in which Stephanie had her first ever yorkshire pudding at an English-style pub, and I had a couple of local ales, Annie and Stephanie drove home, and I was back on my own again.  It felt very strange once they left, heading back to my hotel room and the solitude within.  I did a bit of unpacking (I’m here for three nights), and spent a long time trying to work out what to do here.. this is the first time I have arrived somewhere without looking at things to do before I arrived.

Morning came.. and I went for my breakfast coffee at 10am (indulgence time!) before heading off on a long walk, talking in Canada Place and the Convention Centre, and then up past the marinas and round Stanley Park, back down to English Bay and across to the hotel.  It took nearly five hours, and roughly ten-and-a-half miles.

The first part of the walk was along the waterfront, looking out over the bay towards North Vancouver and the mountains (I will visit them tomorrow when it is a bit less overcast).

Stanley Park itself is pretty big for a city park, and I didn’t do much exploring inside it, beyond trying to go to the Aquarium, and leaving again when I discovered a single adult ticket costs $30 CAD (just under Â£20)!  Instead, I walked on the seawall trail, right round the outside, enjoying the sea air, and the views out to the Pacific Ocean and sandy beaches.

The only thing that spoiled it slightly was that every now and then there were signs warning you not to climb down onto the rocky beaches on the East side of the park, due to the raw sewage at high tide and during heavy rain.  Lovely.  I stuck to the path, which thankfully separated those of us who were walking round, from the cyclists and people on roller blades.

My reward for all this was some time in the hot tub and pool in the hotel.. and of course the obligatory pizza, this time followed by a trip to the IMAX over the road to see Elysium.  Tomorrow, the plan is to go to either the Capilano Suspension Bridge Park, or Grouse Mountain.  I can’t decide which, so it will probably come down to price, unless anyone has any advice!