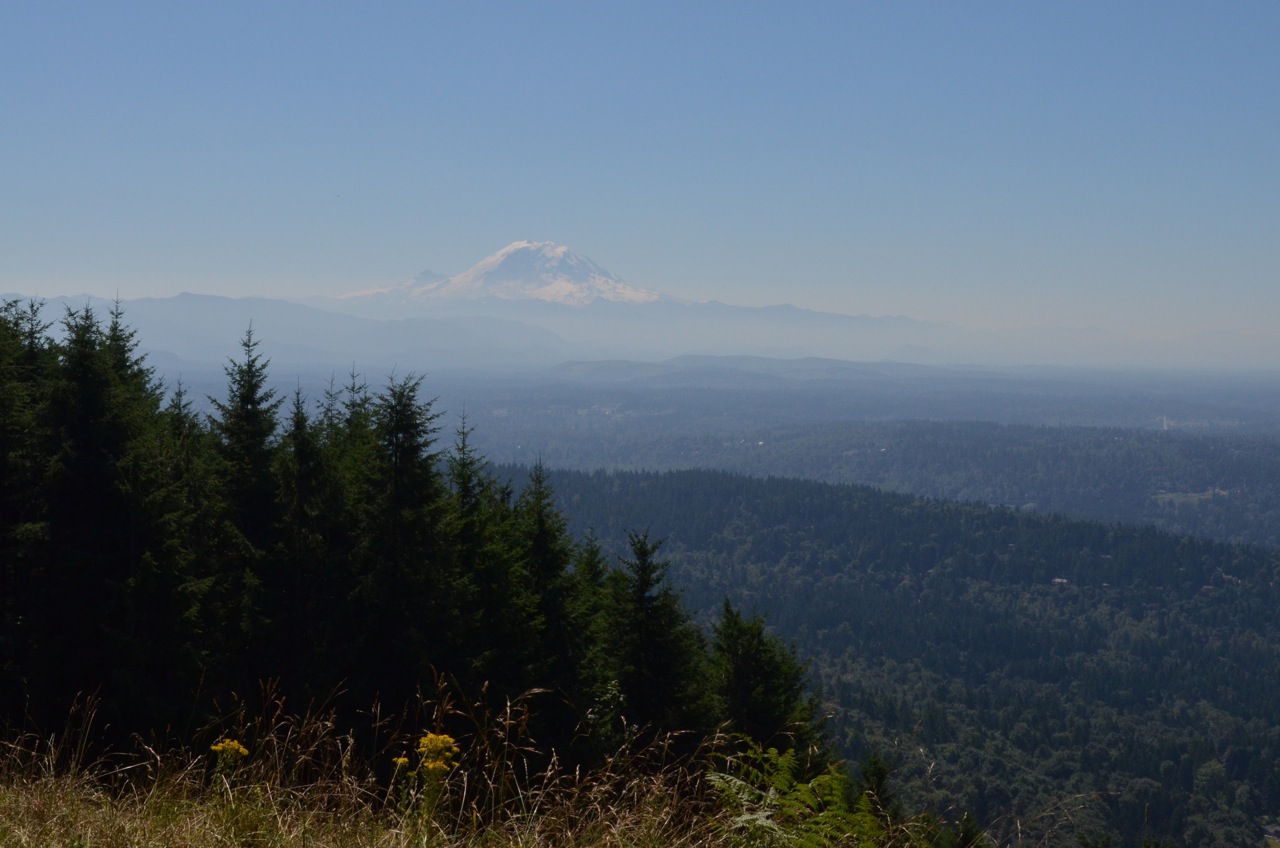 Today was my first hike in Washington, up the Chirico Trail to Poo Poo Point.  It is just round the corner from Annie’s house, and just under five miles.  I confess I was expecting it to be quite easy, being at a much lower elevation than the walks I’ve been used to, and also mostly shaded by trees.

However, there was no breeze, and no air, and it is a steady, relentless climb all the way up, so it was tough going!  As you get almost to the top, there is a stunning view of Mount Rainier, which is ridiculously huge compared to its surroundings.  It simply sticks up out of the horizon as if it were dropped there by a giant.  I am very much looking forward to visiting it, I think even the drive towards it will be something special!

Then at the top, you get to look down on most of Issaquah lying in between the mountains, a little bit like Missoula, but not quite surrounded in the same way. There are usually people leaping off the mountain attached to paragliders, but due to the lack of wind, there was a distinct lack of activity, which was a shame, although it made the walk less busy.

After I got back to the house, and had a shower, I decided to take a short break and just lie on my bed.. an hour and a half later I woke up feeling decidedly groggy!

This evening, Annie’s dad made me the most delicious turkey sandwich, and then we travelled to Bellevue, one of the posh bits of the area, for an outdoor movie on the park.  It was lots of fun, there was a big crowd, and beforehand I had the most delicious Dutch Apple Caramel Struedel cheesecake from the deliciously-named ‘Cheesecake Factory’.  It was so yummy.

Bellevue is beautiful.. in amongst these skyscrapers is one of the Microsoft buildings.. not so long ago I might have arrived with a suit and a CV, and gone banging on the door!

Back to search results
(newer) Beach and Breweries