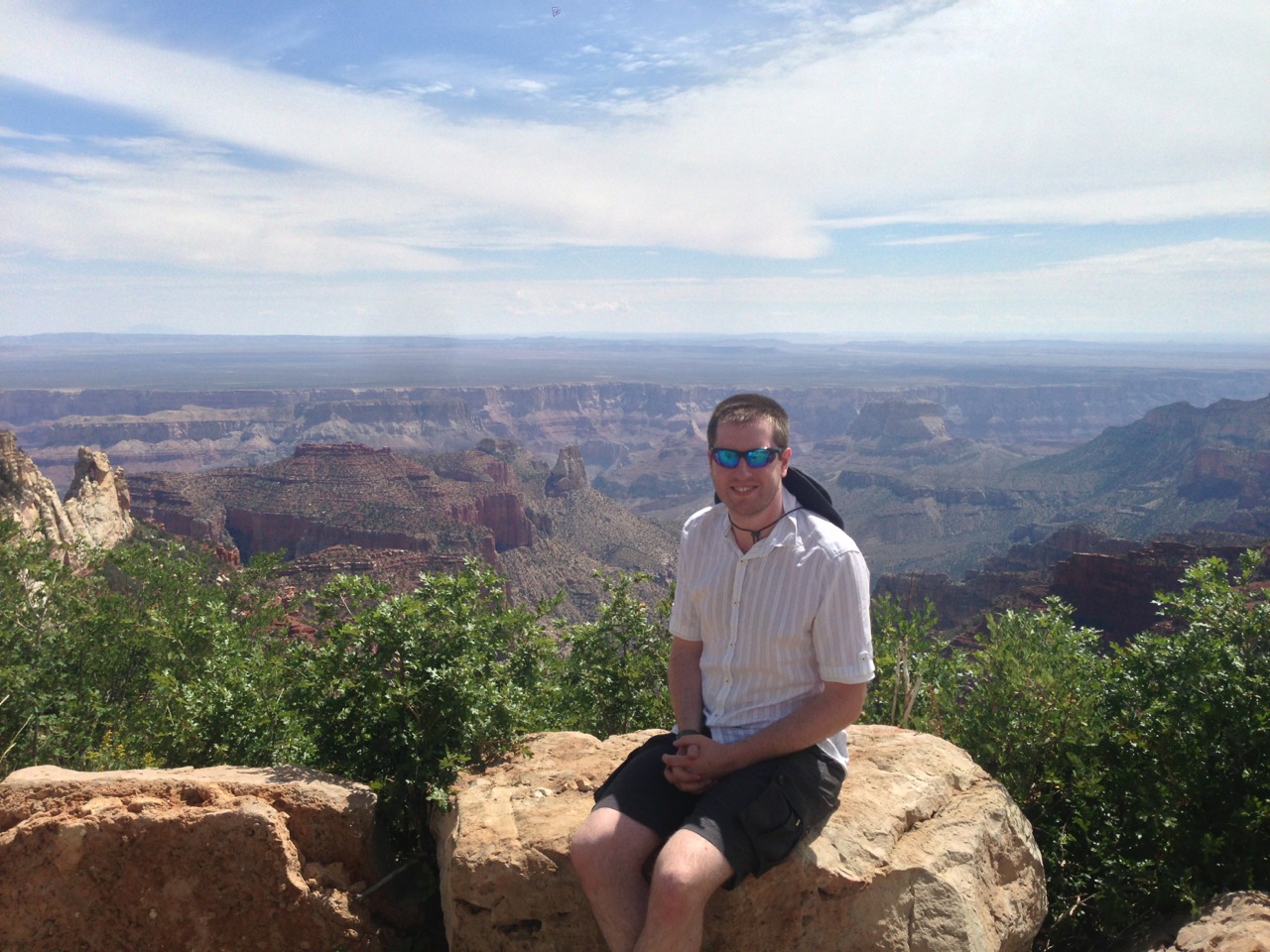 Being a boy I spend my time thinking about lists.. top films, top songs/albums, etc.  I have driven about 1300 miles so far, so I’ve had a lot of thinking time on my hands.  So here are some of the best bits of my first week:

Best Moment Saturday 13 July or Monday 15 July
This is too close to call: it is either flying into the Grand Canyon by helicopter, or watching the sun rise over the Grand Canyon.  Given this is my blog, and I get to set the rules, I am having two ‘best moments’.

Best Day Sunday 14 July
Waking up in Dixie Palms Motel, driving through Zion National Park by shuttle and then by car (and doing the river hike), arriving in the Grand Canyon North Rim during a massive thunderstorm, and then seeing the double rainbow.  In my personal travel journal, I have eight entries for this day!

Best Drive Thursday 18 July
Driving through San Juan National Forest (Colorado), by the river, surrounded by trees and mountains poking out over the top.  Not many twists and turns, but awe-inspiring with the top down.

Best Road Monday 15 July
Driving out from the Grand Canyon Lodge to Cape Royal—I was on a high after seeing the sun rise, and the road has lots of fun switchbacks and bends, some good straights, and a great surface so no potholes..

Best Place to Stay Wednesday 17 July
Mesa Verde National Park has great facilities, including an inexpensive cafe with good wifi, plenty of (basic) showers, a good store with an ice dispenser in (crucial for me and my thermos flask).. and when you go out of the campground, there is so much to see.

Best Surprise Monday 15 July
The Cowboy Dinner Show.. I really didn’t want to go, but actually really enjoyed myself, and the food was good too.

And of course, some of the worst:

Worst Moment Thursday 11 July
Getting lost in Heathrow’s road system like a complete muppet, before I had even checked in to fly to the USA!  I still have the blisters from lugging my suitcase around for nearly an hour.

Worst Drive Thursday 11 July
Turning out of McCarron airport in Las Vegas, onto the I15 in rush hour, the first time I had ever driven a left-hand drive car, or in the USA.  Not fun!

Worst Road(s) Thursday 18 & Friday 19 July
Colorado wins the award for worst roads so far.  At least in Utah and Arizona they were mostly flat, and mostly repaired.  I have now driven something like 500 miles inside Colorado, mostly on the main highways, and they are in a seriously poor state.

Worst Place to Stay Thursday 18 July
Without doubt, Black Canyon of the Gunnison.  If I were after camping without facilities, I would be in a field in the middle of nowhere, not in a proper campground inside a National Park!  I think it was done no favours by coming the night after Mesa Verde..

And finally, the things I am most looking forward to:

Grand Teton & Yellowstone Wednesday 24 to Saturday 27 July
The Rocky Mountains and the Grand Canyon were the two ‘must-sees’ on this trip.  It will also be good to spend three nights in the same place, so I can unpack my suitcase a bit.

Going-into-the-Sun Road Wednesday 31 July
Inside Glacier National Park, this is supposed to be spectacular.  I will make sure I do it late morning / early afternoon to ensure best visibility and least chance of a thunderstorm!