Back to search results
Ready... but for what? (newer)
(older) A time for God? 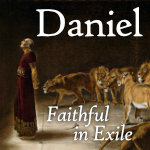 The text of the sermon is shown below, and can be downloaded as a PDF here.

Do you enjoy watching ‘behind the scenes’ documentaries?  I do – one of the best I’ve seen is called The Edge, about the England cricket team’s rise to No. 1 in the world rankings.  Watching how they achieved it, seeing what sports men and women go through to achieve the things we cheer them on for, was fascinating and terrifying to see.

It has made me think twice about criticising sports stars for not performing as I might like or expect them to.

Another documentary was in the news this week: 50 years ago Her Majesty the Queen allowed BBC cameras to follow the Royal Family for a year.  However she regretted it and asked the BBC to withdraw it and never show it again.  It briefly resurfaced on YouTube this week, before being taken down.[1]

Now, like an ordinary bookshelf – I have some examples here from ours – the Bible is made up of at least seven different genres, from historical narrative to letters to song to law, and so on.  Daniel is part historical narrative, and part ‘apocalyptic’ – which we might call a ‘behind the scenes’ documentary: the word ‘apocalypse’ is simply Greek for ‘unveiling’ or ‘revealing’.  Other examples in the Bible come in the prophets, and Revelation.

Paying attention to genre is important.  After all, it would be pretty boring to read the dictionary from cover to cover – and it would make no sense to read a biography by looking up random words one after another.

The point of apocalyptic writings in the Bible is to show what’s really happening now, and give a sense of what is going to happen.  They are more like a peek behind the curtain than a full reveal – as much if not more is left hidden than is made known.  The purpose is to encourage God’s people that God knows what’s happening – even the stuff that’s left hidden – and that he is ultimately in charge.  The point is to encourage God’s people so we put our trust in him, and not despair when things get bad – even really bad.

With that in mind, let’s do a quick recap and then dive into our passage for today.

Daniel is in Babylon.  He was exiled from his home in Jerusalem by the Babylonians, and selected along with three other Jews to be assimilated and trained in Babylonian culture.  He stood up though and refused to eat their food, to help remind himself of his true home, that he really belonged to God.

Last week Nebuchadnezzar had a dream.  For whatever reason he didn’t trust his advisors, and demanded they tell him both what his dream was, and what it meant – or he would cut them into pieces.  They couldn’t do it, so he ordered the deaths of all the wise men in Babylon.  When the king’s executioner arrived to kill Daniel and his friends, Daniel stayed calm, worked out what was going on, trusted God, involved his friends, prayed to God, and then praised God for revealing to him both the dream and its interpretation.

And so we pick events up on the following morning...

Arioch took Daniel to the king at once and said, ‘I have found a man among the exiles from Judah who can tell the king what his dream means.’

What’s the most dangerous or worrying meeting you’ve ever had?  I remember once at school it was my turn to take the registers to the school office after registration.  Like many schools, we had a terrifying deputy head teacher, and his office was on the floor below the school office.

When I arrived with the registers, I had to walk past the deputy’s office to get to the stairs – and I saw he had a boy in there with him, who was being yelled at for spraying deodorant into people’s faces.  As I walked up the stairs the volume started to increase – until, as I was handing the registers to the office staff, he suddenly yelled so loudly the room literally shook, and I jumped out of my skin.  I wasn’t even the one being yelled at, but I was terrified!

It’s easy to gloss over how dangerous these meetings were for Daniel.  As we saw last week the king was arrogant, powerful, and extremely dangerous.  Arioch was no ordinary soldier, but captain of the king’s guard and executioner.  Daniel was taking a big risk.

And did you notice Arioch tried to take the credit: ‘I have found a man among the exiles’ he said (25).  Sure – he ‘found’ him by knocking on his front door to kill him.  Taking credit for other people’s ideas and work is nothing new!

And, it was in total contrast to Daniel:

Daniel replied, ‘No wise man, enchanter, magician or diviner can explain to the king the mystery he has asked about, but there is a God in heaven who reveals mysteries.  He has shown King Nebuchadnezzar what will happen in days to come.’

Daniel didn’t take any credit, but gave it all to God.  The king’s pagan advisors were right: ‘There is no one on earth who can do what the king asks!’ they cried (10).  But Daniel knew and trusted in the God in heaven, who not only knows but also reveals mysteries (27).  This meeting was a big risk – but he trusted God to see him through.  And so he shared the dream with the king...

Nebuchadnezzar’s dream was of a large statue, enormous and dazzling (31).  Its head was made of pure gold, its chest and arms of silver, its belly and thighs of bronze, its legs of iron, its feet partly of iron and partly of baked clay (32-33).

Then a rock was cut out of a mountain, but not by human hands.  It struck the statue (34), and the gold, silver, bronze, and iron was smashed and broken into tiny pieces, and the wind swept them away without leaving a trace.  But the rock that struck the statue became a huge mountain and filled the whole earth (35).  That was the dream; no wonder Nebuchadnezzar was troubled (1, 3)!

In 2006 Baywatch star David Hasselhoff was thrown out of Wimbledon.  He tried to barge into the tennis players’ private bar after drinking all day.  As he was escorted out by security he yelled, ‘All I want is a drink, do you know who I am?’[2]

I imagine Nebuchadnezzar swelled with even more pride than he already had when Daniel started interpreting the dream.  You see, Nebucadnezzar was the head of gold (38):

[Daniel said,] ‘The God of heaven has given you dominion and power and might and glory; in your hands he has placed all mankind and the beasts of the field and the birds in the sky.’

Nebuchadnezzar was proud – his favourite title was ‘king of kings’.

We’ll pause here for a moment.  Daniels words are shocking and reassuring.  They are shocking: ‘God has given you dominion and power’ (37).  This awful king, somehow, is there by God’s will.  We aren’t told why – remember, the ‘revealing’ is peeking behind the curtain, not a full reveal.  The ‘why’ is hidden – but enough is revealed to reassure us that God is behind all this, that he is at work, even if we can’t understand how.

The golden head is Nebuchadnezzar’s Babylonian empire – but then Daniel says, ‘After you...’ (39).  You don’t say stuff like that to emperors and dictators – at least, not if you want to keep your head!!  Anyway he ploughs on...

The rock stood for a different kingdom, which will never be destroyed... It will crush all those kingdoms and bring them to an end, but it will itself endure for ever (44).

Unlike the earthly kingdoms which started big and ended up small as dust which can be blown away, this kingdom started as a small rock but grew to become a huge mountain (35).

God would set up this fifth kingdom in the time of those other kings (44) – can you think of any kingdoms that might fit the bill?

After John [the Baptist] was put in prison, Jesus went into Galilee, proclaiming the good news of God.  ‘The time has come,’ he said.  ‘The kingdom of God has come near.  Repent and believe the good news!’

Peter – whose name means ‘rock’ – called Jesus the living Stone, the cornerstone, the foundation of God’s people and kingdom (1 Peter 2.4-8).  The fifth kingdom is God’s, and its king is Jesus.

So what can we take away from this dream?

First, it busts the lie of human progress.  The dream starts with gold and ends with clay – I dread to think what that makes our world today, 2,000 years later!  Things do not get better, they get worse.  History is not steady progress but decline and degeneration.

Second, human empires and kingdoms are God’s will for now but not forever.  Terrifying and fierce and brutal and all-powerful they may appear, but the truth is they will end up like chaff, dust that is blown away by the wind (35).

For the Israelites in exile, under occupation, it must have been hard to believe.  For us today it is hard to believe that the mighty culture of the Western world might fall – yet it will one day go the way of all human empires: the wind will sweep it away without a trace.

Third, behind and above and before and after all those empires, is the God of heaven.  Though the earth might be shaken, he stands secure.  After the interpretation, Nebuchadnezzar placed Daniel in a high position, made him ruler over the entire province of Babylon and placed him in charge of all its wise men (48).  Then Daniel’s friends Shadrach, Meshach and Abednego were made chief ministers over the province of Babylon (49).

God’s faithful people were placed in high office – I wonder how many lives they were able to save, how much good they were able to do, from those positions of authority?  At the very heart of God’s enemies, in the very centre of their government, were Daniel, Hananiah, Mishael, and Azariah – four Jewish exiles, far from home, but not far from God.

The book of Daniel offers us a peek behind the curtain and in doing so it offers hope.  When it talks about the decline of history and centuries of brutal occupation and rule, that might sound like an odd thing to say... hope?  Hope?  It’s depressing!

And yet, it is real hope, because it isn’t wishful thinking.  It is the honest truth that human power is real and often fearsome – but it is hope because that power and destruction is limited and it is temporary.  It will not last, but God lasts forever.

Things got much worse for Daniel and his friends – as we will discover over the coming weeks – but God stayed faithful and true.  And, centuries later, he sent Jesus the Living Stone, to fulfil this prophecy and to begin his kingdom, the kingdom of God that will never be destroyed but endure for ever (44).

And that my friends is a truth, a hope worth hanging on to.