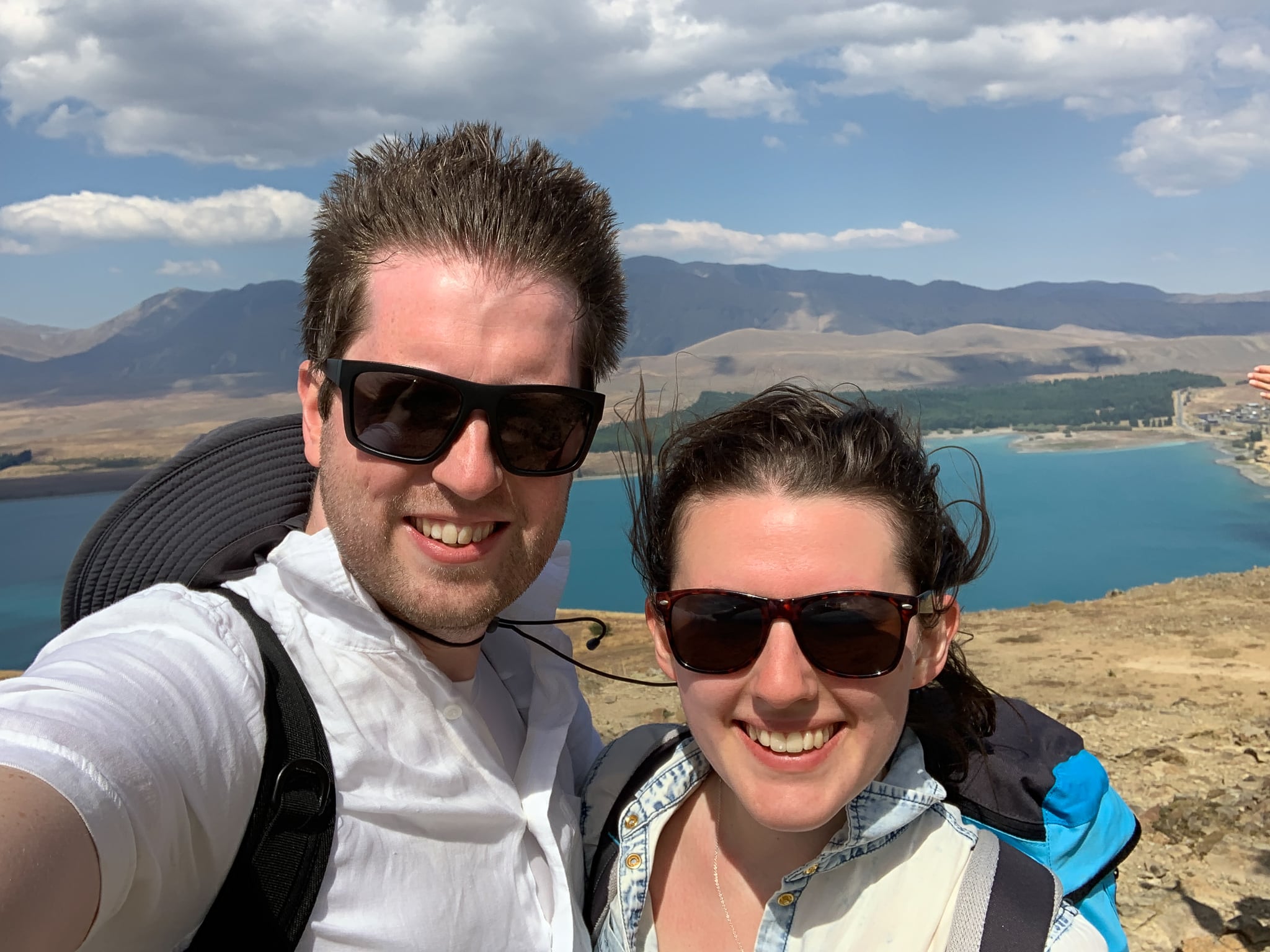 Our campground for our stay at Lake Tekapo is at the foot of Mount John, where the University of Canterbury has an observatory – to take advantage of the dark skies.

Here’s Mount John standing above Lake Tekapo. It’s 1027m high – so not far off Snowdon, and higher than anything in England. The observatory is on the other side of the mountain, facing away from the village of Lake Tekapo (which we have to say is surprisingly full of lights at night time, considering it’s supposed to be a dark sky reserve!).

There’s a fairly short walk up the mountain from the campground, so we headed up there to see the view. We almost didn’t because the winds were gusting at almost gale force, but it was such a beautiful day, and we’re (probably) only here once, so we wanted to make the most of the opportunity.

It was really, really windy though!

Back down, we had a couple of cold beers, before enjoying the hot pools at Tekapo Springs – we each had massages at 5.30pm, booked on the spur of the moment the night before.

It was exactly what we needed!